“Congratulations, Mom!” the email from my oldest son, Steve, said. “You finally have an organism named after you. Semiotus is a genus of very large, tropical click beetles [and] S. marciae is a species from Ecuador. Your beetle is large (about one inch) and very colorful, like all Semiotus. You’ll probably end up in quite a few collections.”

Steve is an amateur entomologist specializing in beetles. His friend, Dr. Sam Wells, is a professional entomologist who works at the Western Field Technology Station of Bayer Crop Science in Fresno, California. His specialty is click beetles. Since one of my favorite insects is the salt and pepper-colored eyed elater click beetle Alaus oculatus with its two large black false eyes on its pronotum (front part of the thorax between the head and the abdomen), I was pleased to learn that I would have my own orange and red click beetle—Marcia’s click beetle—as Steve called it.

Furthermore, he wrote that “the etymology is given in honor of Marcia Bonta, author and naturalist.” This followed the detailed description of the beetle in Kolepterologische Rundschau (translated as the Coleopterological Review), a German journal that includes an English translation.

Needless to say, I was thrilled by the honor and reminded of my early studies of the history of Pennsylvania’s natural history. They started shortly after we moved to our mountaintop home in west central Pennsylvania four decades ago, when I began learning the names of all the creatures and plants that lived here. One of the first birds I identified was the eastern phoebe—Sayornis phoebe—because four couples nested on ledges inside our garage, old outhouse, and guesthouse and plastered on the side of the springhouse.

The eastern phoebe is one of three phoebe species in North America which includes the western Say’s phoebe—Sayornis saya—doubly named for Thomas Say according to Ernest A. Choate’s The Dictionary of American Bird Names. In addition, someone named Bonaparte created the genus name Sayornis, not the Bonaparte but a nephew—Charles Lucien Jules Laurent Bonaparte—who came with his family to Philadelphia in 1822 where many naturalists resided. During his six years there he re-edited a massive book on American ornithology and thus became the so-called Father of Systematic Ornithology. Bonaparte’s gull honors him.

But who was Thomas Say? Say, it turned out, is called the Father of American Entomology. Of French Protestant stock, he was born in Philadelphia in 1787. His great uncle, William Bartram, who wrote Travels Through North and South Carolina, Georgia, East and West Florida, the first American nature book, encouraged Say to collect butterflies and beetles. At that time, Philadelphia was a hotbed of naturalists who started the Academy of Natural Sciences, and when Thomas Say joined, he found to his consternation that the collection of natural curiosities only consisted of six common insects, a few shells, a dried fish and a stuffed monkey. He resolved to increase the collection.

A handsome, amiable man always ready to help others, he devoted much of his life to the study of natural history, specializing in insects and shells, although in 1819, as the zoologist in Major Stephen H. Long’s expedition to the Rocky Mountains, he reported on everything from the Indian languages to wolves, snakes, birds, and shells. But both before and after this expedition, he published papers on insects and land shells, beginning with “Descriptions of Seven Species of American Fresh Water and Land Shells” and “Descriptions of Several New Species of North American Insects.”

Unfortunately for natural history, Say left Philadelphia in 1825 to participate in the altruistic, socialist community at New Harmony, Indiana. There he met his wife Lucy. But rancor quickly drove the founders of the community apart, and peaceful, kindly Say had to carry on with very little help, dying there in 1834 at the age of 47.

However, he left a worthy legacy in his three-volume work American Entomology or Descriptions of the Insects of North America published in 1824, 1825, and 1828. He was credited with being the first efficient and extensive describer of North American insects, especially Coleoptera (beetles).

Since beetles were his specialty, I wondered how many were named for him. After several hours on the Internet studying BugGuide.net, I found 22 insect species that honor Say from two species of caddisflies to Say’s stinkbug. Of those, ten are beetles including Ampedus sayi, an orange and black click beetle that LeConte named.

Could that be the LeConte of LeConte’s sparrow and LeConte’s thrasher? Indeed, it was. John Lawrence LeConte, who was born in 1825, was, according to Arnold Mallis in his excellent American Entomologists, “our greatest coleopterist, not because he named almost five thousand species of beetles, but because he showed their systematic relationships and pointed the way to the scientific classifications of American insects.” 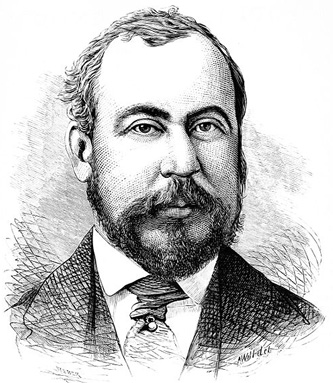 Son of the naturalist Major John Eatton LeConte, who raised him when his mother died shortly after his birth, he learned about beetles at his father’s knee as a toddler while the major worked on his beetle collection. He was raised in New York City but moved with his family to Philadelphia when he was 27.

By then he had graduated from college, begun his travels to the West in search of insects and written several papers on ground, tiger, and long-horned beetles from the eastern United States. In 1859 he edited The Complete Writings of Thomas Say on the Entomology of North America and with his friend and pupil Dr. George H. Horn he wrote The Classification of the Coleoptera of North America in 1883, which was based on the 11,000 beetle species in LeConte’s and Horn’s collections. He was also the founder and president of the American Entomological Society.

Of the 36 insect species named for him that I found, almost all were beetles. One favorite exception of mine that lives on our mountain is the striking black and white LeConte’s haploa moth Haploa lecontei. Beetle species from Alaska to Texas, New Jersey to California bear his name—clown beetles, long-horned beetles, leaf beetles and, of course, a click beetle Elater lecontei.

LeConte did his fair share of naming too. The attractive hairy fungus beetle Mycetophagus melsheimeri is one of them. This brought me back to the very beginning of insect studies in North America because before Say and LeConte, there was Frederick Valentine Melsheimer, also called the Father of American Entomology. He was considered the first serious American entomologist because he made the first important insect collection and wrote the first important entomological work in the United States in 1806 entitled A Catalogue of Insects of Pennsylvania. Sixty pages long, it dealt only with 1,363 species of beetles of which about 400 are recognized today. His catalogue also included the habits, life histories and food plants of some of those insects as well as the oldest description of a beetle larva in North America. 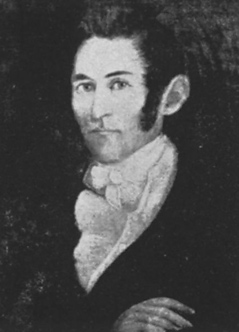 But Melsheimer was primarily a minister. Born in Germany in 1849, he was ordained a chaplain in a regiment of Hessian Dragoons. Shortly after he preached his first sermon, the Dragoons were sent to North America to fight for the British in the American Revolution. After landing in Quebec in 1776, they were sent south, captured at the Battle of Bennington, and imprisoned first in Massachusetts and then in New York. Finally, Melsheimer was sent in 1779 to Bethlehem, where he resigned his commission as chaplain, assumed several Lutheran congregations in Lancaster County and married a Bethlehem native. Over the decades he served in Manheim, New Holland, Lancaster, and Hanover.

In addition, he founded German-American schools and was a professor of German, Latin and Greek and one of the founders and the second president of Franklin College (now Franklin and Marshall College) in 1787. Of his eleven children, two sons followed his entomological interests. Johann Friedrich Melsheimer was an active insect collector, but he died and his brother, Dr. Franz Ernst Melsheimer, took over the collection and library. In 1842 he was elected the first president of the Entomological Society of Pennsylvania. From 1846 to 1848 he contributed seven papers on beetles to the Proceedings of the Academy of Natural Sciences and in 1853 he was elected president of the American Entomological Society. That same year the Smithsonian Institution published his Catalogue of the Described Coleoptera of the United States, which had been revised by Samuel Stehman Haldeman, still another early Pennsylvania entomologist who lived near Harrisburg, and LeConte. Altogether, his insect collection consisted of 14,000 specimens of 5,000 species.

I could not find nearly as many insects named for any of the Melsheimers. In fact, only five insects—one moth Cicinnus melsheimeri called Melsheimer’s sack-bearer moth–and four beetles. One, an antlike leaf beetle—Emelinus melsheimeri has a clear “M” on its back. And yes, one is a click beetle Zorochros melsheimeri. Perhaps that isn’t such a surprise because there are at least 9,300 known click beetle species worldwide and more to be named. And we all know the famous quote about beetles by British geneticist and evolutionary biologist J. B. S. Haldane that “God has an inordinate fondness for beetles” because there are more beetle species than any other form of insects and comprise one fifth of all living species on earth.

Click beetles in the family Elateridae are able to click and jump when they are on their backs by bending their heads and prothoraxes backward and then their body is suddenly straightened, producing an audible click and propelling the beetle into the air and turning it right side up again. Their larvae are wireworms, a few of which are injurious to the roots of crops. The eyed elater click beetles, which I am most acquainted with, are found in the northeast and southeast United States and Ontario. The Semiotus genus occurs principally in tropical America from Mexico to Chile.

Dr. Wells began studying click beetles while in pursuit of his doctorate and says that despite their abundance little is known about them and much more taxonomic work needs to be done. He received the specimen he named for me from a colleague, Sergio Riese, in Italy, and it resides in the Bonta/Sam Wells personal insect collection in Fresno, California.

“Now,” Wells says, “All I have to do is go collect Semiotus marciae for myself.”