Last August, near the end of the month, it was finally clear, cool, and free of the bothersome mosquitoes and gnats that make hiking in the hot, humid summer unpleasant. Still, I had persevered most days when it wasn’t storming. 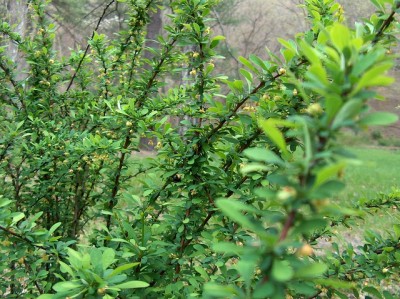 On this August day, I chose to walk along Ten Springs Trail. That trail is on the edge of the 112 acres we purchased after it was badly logged back in 1991. On one side of the trail is our uncut forest, access road, Plummer’s Hollow stream and Laurel Ridge. On the other side on Sapsucker Ridge is the land that was logged and is now full of invasive shrubs and vines, most notably Japanese barberry, privet, multiflora rose, mile-a-minute, and Japanese stiltgrass.

I had thought the trail, which is one of the old logging roads, was wide enough to keep the invasives from crossing into the forest, but near a wetland on the logged side, I discovered that mile-a-minute had reached and crossed the trail, heading downslope into the forest. It and Japanese stiltgrass blanketed some areas, and the stiltgrass was spreading even in the deepest, darkest part of the deciduous forest. There was nothing to stop it; no native shrubs and saplings to keep it out. No jewelweed to smother it such as it does in the wetland inside our deer exclosure. 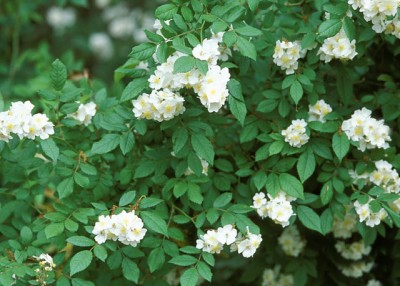 Eventually, I reached Turkey Bench and was saddened to see that the large red oak next to the bench had split near its base and fallen during one of the recent storms, creating another large opening in the forest that the invasives will rush to fill, if not stiltgrass or mile-a-minute, then Japanese barberry, privet and/or multiflora rose.

It seems as if much of what I record on my walks are losses, especially in this part of our property. Maybe losses are all I should expect now that I’m 80. Old age, I’m learning, is a time when you lose more and more and must be content with less and less. Still, I am grateful to be alive and reasonably able on this, my 57th wedding anniversary. And to sit on the bench and be serenaded by a pair of red-eyed vireos as they engage in countersinging, the second singer repeating each phrase exactly as the first chorister sings it.

But most of the songbirds that had filled the forest with birdsong from April until the end of July were silent. Already many migratory species were on their way south to the tropics for the fall and winter. 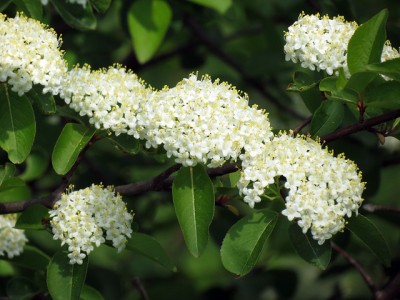 Eventually, I continued on Ten Springs Trail and found a couple native shrubs—a red-berried elder on the steep forest bank and a smooth blackhaw hidden behind a tree on the logged side. I passed the steam trickling down Bench Blind Hollow and then walked uphill and down, flipping off branches from several storms since I hadn’t been on that section of the trail all summer.

At last I reached Ten Springs Extension. It enters an uncut hollow and forest by a footpath built by our hunters 25 years ago. That path proved to be more of a challenge than I expected. The entrance was smothered in stiltgrass and was on a slant. I ended up carefully crawling through a small section of it.

The stone steps dug into the steep slope that leads to a streamlet were mostly gone so I eased my way down with the help of the stick I had used earlier to flip the branches off Ten Springs Trail.

Finally I crossed the stream bed and breathed a sigh of relief. Too soon, as it turned out. The trail the hunters had dug into the mountainside had eroded badly from the storms. Then as I inched my way along, I found myself blocked by an enormous red oak tree that had fallen recently. I crawled under the tree and then turned where the trail doubled back. There I was stopped by an even larger oak tree across the trail. I had to push my way through the upper half of the tree that had broken off downslope and then try to beat my way back up to the trail since it was totally covered with portions of the tree for several yards. To my relief I found and followed a faint deer track that led me back to the trail and down to the road.

I decided then that that would be the last time I would take Ten Springs Extension and that I would suggest we close the foot path. Closing it would protect the deep forest from invasives. Already one sunny spot had a circle of stiltgrass. And once the autumn leaves fell, the trail would be even more slippery and hazardous. 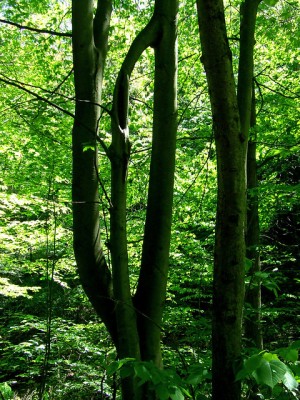 I still had a mile to walk up our road, but this is my favorite part of our property. The steep road bank is covered with several dozen wildflower and native shrub species and the surrounding forest has many native trees such as basswood, cucumber magnolia, American beeches, and several oak species. At the end of August horsebalm, white wood asters, and blue-stemmed goldenrod were blooming. Spikenard, Indian cucumber-root, yellow mandarin, and jack-in-the-pulpit were fruiting. Many wild hydrangeas, red-berried elders and maple leaf viburnum shrubs grew in beds of several fern and clubmoss species. I also found healthy patches of partridgeberry in fruit.

Unfortunately, the “partridge” for which they are named—the ruffed grouse—is suffering from West Nile virus, and we have only found a couple drumming on our property in the last couple years instead of the ones that used to display on our road and flush with chicks at the edges of our forest and First Field. 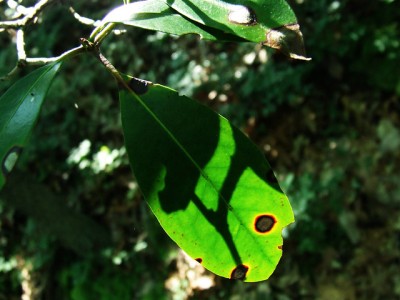 Our hemlock trees that line the darkest part of our road have been affected by hemlock woolly adelgids but most, while thinning, are still holding on. Over half of our mountain laurel, that once blanketed Laurel Ridge, have died of a leaf fungus or blight, most likely Diaporthe kalmiae or possibly, according to a paper I can’t read in Japanese, Cercospora kalmiae, also called brown leaf spot. The mountain laurel used to provide excellent cover for wildlife, and wood thrushes and yellow-billed cuckoos favored it for nest-building. Unlike rhododendron and other native shrubs white-tailed deer eat, they only eat mountain laurel when they are starving. But they too used the mountain laurel for cover and shade.

Farther up the road I stopped to look at a large basswood tree stripped of its bark. It had fallen in a fierce storm earlier in the month and brought down a large red maple with it. Near the forks, a red oak 26 inches in diameter had come down in the same storm. But as I moved closer to look at the tree I spotted one of the loveliest wetland-loving wildflowers of August and September—a turtlehead.

And so the tree loss continued even as I approached our home and saw the immense black locust that had toppled in the storm, barely missing our house. I heard it crack while sitting in our sunroom and watched it fall. 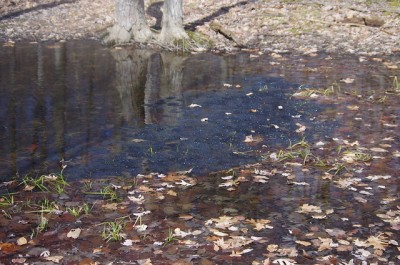 The increased winds and rains in Pennsylvania have turned our vernal pond into a permanent pond atop the oak and wild black cherry forest of Sapsucker Ridge. Not only are there now hundreds of wood frogs returning to it and two smaller ponds there each spring to court and lay masses of eggs, but the week before, as I approached the pond, I spotted a green frog, its large, bulbous eyes rimmed in orange and white, dark brown head and long nose, watching me from the algae-covered water.

Still, we’ve lost so much over the nearly 50 years we’ve lived here. Our last forest-dwelling American elm succumbed four years ago to the so-called “Dutch” elm disease which, in reality, came from an Asian fungus Ceratocystis ulmi. The elms’ seeds were favored by ruffed grouse, wood ducks, squirrels and opossums and every spring a porcupine nibbled on our elm’s buds and flowers.

Now most of our ash trees are dead or dying from still another pest from northeast Asia, the emerald ash borer Agrilus planipennis that was first discovered in Michigan near Detroit in the summer of 2002. Again, ashes also produced seeds that wildlife ate. 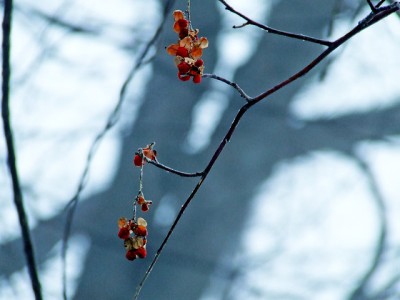 And because of our wet, sometimes too cold springs, for the second year in a row, our acorn crop was sparse. Even the scrub oaks on the powerline right-of-way had no acorns. Our wild grapes and wild black cherries again had no fruit. Even our blackberry crop was sparse.

On the other hand, our American bittersweet draped itself over four tall trees at the edge of First Field and was covered with orange berries, and our “pokeweed forest” above the spruce grove was laden with fruit. But it was still not enough to entice our fruit-loving birds to over winter. I can only hope for better wildlife crops this year.

7 thoughts on “Losses and Gains”